8PM WEDNESDAY MAY 9th • ONE NIGHT ONLY • NO REPLAYS 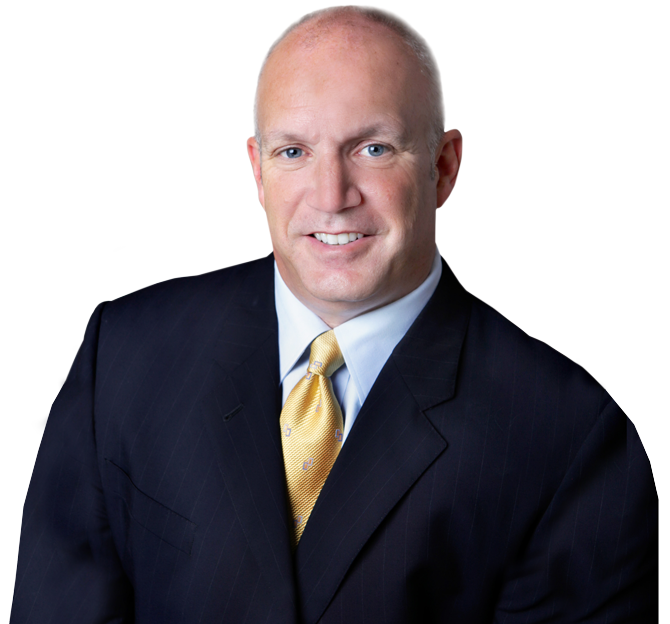 On average, over 46 days every year, it’s possible to place trades that pay out 1,093% bigger gains than average…

Now, for the first time in our research firm’s history, we reveal how you can target them…

The #1 Way to Play Today’s Market for Bigger, Faster Profits

It’s no secret the markets have seen better days—in fact, we’ve just seen the most volatile quarter of the stock market in over four years.

While most people have spent the past 18 months blinded by pot stocks, cryptocurrencies, and every other “hot stock story” coming out of Wall Street, trading expert Jeff Clark has quietly recommended 113 trades… and made money on 88 of them…

Of course, nothing in the market is guaranteed, but the potential here is clear.

And now, in this free training series, for the first time Jeff is going to reveal exactly what the “V-Line” is… why it pays so much money in volatile markets like today… and how you can profit from it.

Why It’s Vitally Important You Take This Training Today

Why is that important?

“Volatility returned in the first quarter of 2018 with a vengeance.”

Recently, we saw the worst start to April since 1929…

“I don’t remember seeing a market with this kind of volatility… what you’re seeing here, I have never seen.”

We’ve had almost 50 days this year where the Dow has moved more than 100 points… Sometimes moving 200 points, or 300 points…

And according to Jeff Clark, this is just the beginning:

“The reason I’m holding this training is because I believe we’re facing one of the biggest and best opportunities to make big money fast that I’ve seen in a decade… I don’t know how much longer it will last… but I do know you have this opportunity now.”

That’s why it’s so important you claim your spot and attend this free event.

Because while Jeff Clark has an excellent track record in good times, his record of showing people how to profit during times of peak volatility is exceptional...

For example, he made 10 times his money on the Friday afternoon right before Black Monday in 1987… which at the time was the worst stock market crash in 25 years.

On March 2, 1999—just before the dot-com crash—Jeff says he made an investment that netted him more in a single day than he’d ever made before in his life.

The Dow was down 37% that year. But it was one of Jeff’s most profitable years ever.

How? In this free event, for the time in our research firm’s history, Jeff is going to show you…

Register Your Seat Before Time Runs Out

Here’s What You Get When You Sign Up Today

FREE ACCESS to Jeff Clark’s EXCLUSIVE FREE TRAINING EVENT on May 9th at 8pm: In this special one-night-only event, for the first time Jeff is going to reveal all the details about a shift unfolding in the market right now that most people aren’t paying attention to…

A shift in volatility that could lead you to tremendous profits over the next few weeks and months, if you’re up for the challenge, and prepared to follow Jeff’s lead and act swiftly.

He’ll reveal the perfect play for today’s market—and show you how he’s used it to target trades that have seen returns of 1,007% and 1,285% more than his regular recommended trades… every single year… for 15 years running…

It’s called “The V-Line Method”—and as you’ll see over the next few minutes it’s the perfect play for today’s market—and perhaps the only way to trade it successfully for fun and profit.

And when you sign up to attend this free event you’ll discover exactly how, for FREE.

ACCESS TO JEFF’S BRAND-NEW VIDEO SERIES: “PROFITING FROM VOLATILITY” Released for the first time, exclusively for this event…

In these brand-new video training sessions, Jeff Clark will show you:

FREE ATTENDANCE GIFT: Everyone who attends Jeff’s training broadcast at 8pm Eastern time on Wednesday, May 9th will receive this valuable bonus… A free report that outlines some of the most valuable, trustworthy and reliable trading tools Jeff uses on a daily basis to identify profitable, big-money trades. This is FREE for everyone who attends Jeff’s training session on Wednesday night.

UP TO $5,000 WORTH OF EVEN MORE EXCLUSIVE BONUS GIFTS: On the night, you will also discover how you can get your hands on up to $5,000 worth of additional bonus gifts from Jeff to help you play today’s market.

Claim Your Seat Before It Expires 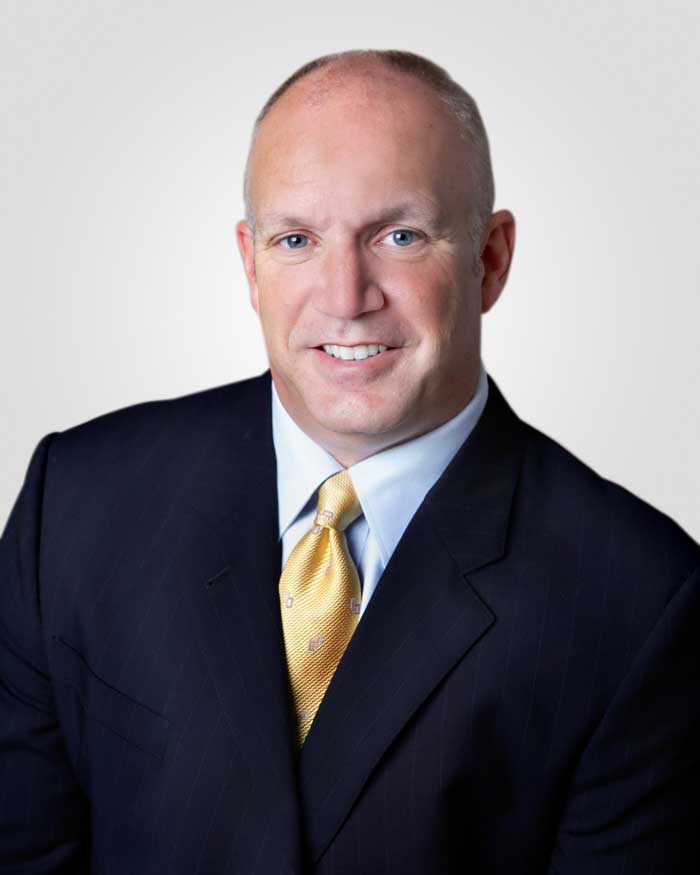 In addition to founding Delta Report, Jeff Clark is one of the most accomplished traders in our publishing network.

For 25 years, Jeff traded the personal money of some of the West Coast’s top pro-athletes, CEOs and Silicon Valley executives—making millions for his clients and himself…

In 1996, an executive of Siebel Systems—a Silicon Valley business acquired by Oracle—gave him $20 million of his money to manage.

What Folks Say About Jeff Clark

I started subscribing at the beginning of this year and the results have been amazing. I was a financial advisor for 20 years and just retired at the end of March.

You have provided returns that most of my clients would be happy with over a year or two in less than two weeks for most trades. Keep up the good work.”

“You have changed my life sir. No longer am I fearing my wife and I will not be able to enjoy our retirement. Your tutoring has given me the knowledge to begin looking at all the trades I do, in a completely different mindset. It has been life changing.

“Jeff, I have only been a member for three weeks. Based on your ideas, I bought XOM calls and sold DHR puts. These two trades have covered the cost of your service for the next decade.”

“Thanks for your great work this year. You help me stay sane and keep from selling through these recent months of market turbulence. Thanks for your spot-on real-time analysis—absolutely excellent!”

“Way to go with the call about AAOI… Walked with a nice profit and now it's falling like a rock… I’m a happy lifetime member…keep up the great work.”

“Hi Jeff, I’m a newbie to options trading, and have enjoyed your training and recommendations to the tune of several thousand dollars. Thank you so much!”

“The mobile app advisory really helps, as I don't sit in front of my computer all day—in spite of what my wife says! Keep up the great work.”

Thanks for the new career move! Very best wishes to you and your family and all your subscribers!”

The managers of a $125 million pension plan did the same.

They were joined by a former vice president of Chevron… an executive at one of the Big 5 accounting firms… and eventually more than 90 West Coast businessmen, pro athletes and wealthy retirees.

These are folks who could afford to hire almost any hedge fund or money manager. But they chose to entrust their wealth to Jeff. And the results speak for themselves.

After gaining access to Jeff, one Silicon Valley executive made almost $500,000 in about a year. He bought a vacation house in the Sierra Nevadas…

One of Jeff’s former clients, an executive at Boeing, once wrote:

“No matter whether the stock market is moving up or down, Jeff Clark somehow managed to find a strategy that works. Overall, I could not be happier with his performance.”

For 22 years, Jeff helped make the rich even richer.

His system proved so accurate and profitable, some of the largest banks and brokerages in the U.S.—including Merrill Lynch and Paine Webber—offered Jeff millions of dollars to entice him to trade for them.

But Jeff turned them all down—preferring to keep his system private, so he could keep making money for himself and his clients.

When CNBC heard of the money people following Jeff’s trade recommendations were making, they wanted to get him to talk about it on live TV.

But in 2004, after making a fortune for himself… and many millions for his clients… Jeff sold his business, so he could spend more time with his family. So, he began trading his own money and sharing his recommendations with regular folks too.

Like 62-year-old Thomas Vitali from Grand Rapids, Michigan, who said, “On numerous occasions I have made $10K in a few days following your recommendations.”

For one night only, for the first time, Jeff will share the secrets of the “V-Line Breakthrough”—the cornerstone behind some of his biggest, fastest and most profitable trades.

If you only see one investment training this year, make this it. Because when all the fads like cryptocurrencies and weed stocks have come and gone, this will continue making you significant money year after year.

Claim Your Seat Before It Expires